by ICNN Network
in University News 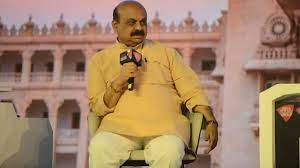 The Karnataka government’s decision to give Rs 324 million to build a Sanskrit university on the outskirts of Bengaluru is still getting a lot of people angry about it. Some pro-Kannada groups and many people who don’t work for them have used social media to oppose the move. They say that the government is trying to force people in Karnataka to learn Sanskrit and Hindi when they are already learning three other languages.

The move was a bold move by the BJP government to give Sanskrit extra attention at the expense of the state language Kannada. Many people tweeted with the hashtags “No To Sanskrit University” and “No To Sanskrit.”

There have been more than 50,000 tweets about the #NotoSanskritUniversity campaign on Twitter in the last few days, which is a lot! However, the Karnataka government has said that it will not stop promoting Sanskrit, as News18 first reported. People who don’t like the move say that if the government doesn’t change its mind, they’ll start a state-wide protest. There will be a new Sanskrit University in Magadi taluk, which is outside of the state capital.