Why Delhi University is opposed to the new syllabus

by admin
in University News 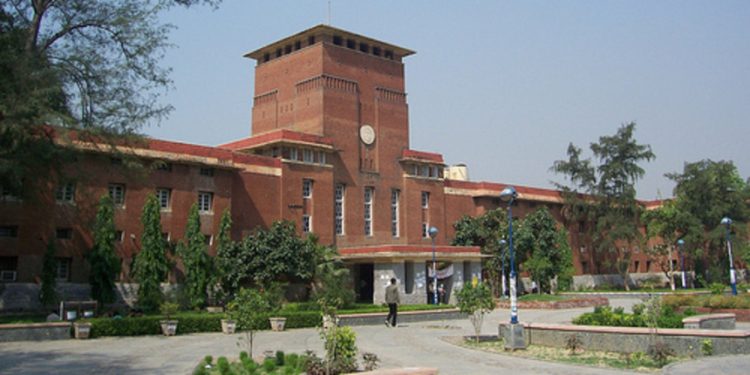 The undergraduate curriculum framework for 2022 includes proposed curriculum changes. A fourth year is offered as well as multiple exit options, as well as multidisciplinary courses. After the first, second and third years, graduates will be able to withdraw from the program with certificates, diplomas and degrees, respectively.

The final year will have a dissertation requirement. Additionally, individual papers and the overall course have been lowered in credit count.

However, many Delhi University (DU) teachers object to the changes, arguing that they dilute the quality of courses. Further, they stated that the changes would ‘institutionalize’ short-term contract jobs and would add to the burden already placed on students whose education has already been impacted by the COVID-19 pandemic.

The proposed curriculum, however, is criticized for taking a one-size-fits-all approach which is deemed to compromise the quality of the classes.

Under the proposed UG program, every course offered at the university will be given one-size-fits-all policies regardless of the unique requirements of each course.

Professor Rudrashish Chakraborty of Kirori Mal College’s English department explained that this would be academically impossible and would compromise the quality and rigor of courses.

The multiple exit system was also questioned for its practicality. Rather than assigning the same syllabus to students who will drop out in their first year, teachers suggested they should give students dropping out in the first year a targeted syllabus with employable skills. According to them, the additional year won’t add any value to the degree.

Those who leave after one or two years do not have real employability skills since they need a more comprehensive academic structure.

The same goes for staying back to finish the course, because it requires 33 percent more time and money to obtain the same degree; flexibility, while not producing meaningful degrees, reduces the ability of institutions to provide credible frameworks.

In addition, short-term contractual jobs will become institutionalized. Research will become a requirement. As a result, project shops will be created and mass-produced research will be conducted. Research should be offered as an optional paper as it currently is,” said Abha Dev Habib, a physics teacher at Miranda House and former member of DU’s Executive Council.

According to teachers, no college in DU has the infrastructure or resources to accommodate students in the fourth year. Also, the colleges have not received any additional funds to help with this.

The UG curriculum incorporating NEP 2020 has also been drafted by DU. Teachers said that each draft was different from the others. They also said the current draft contradicts the proposal of the UGC. A draft of the NEP has been proposed by DU four times in the last year, each with wildly different course structures. The Academic Council has not even discussed this draft,” explained DU Academic Council member Mithuraaj Dhusiya. See also: How are the DU students doing in class? “Despite opposition, the Executive Council approved a 196-credit framework on August 31. A second FYUP draft framework was distributed in December, for 184 credits and 164 credits respectively.

A 160-credit FYUP is being considered by the UGC, according to Dev Habib. Teachers expressed concern about the reductions in core, AEC, and SEC paper credits. There is a lack of academic rigor and quality in the proposed UG program because of the reduced number of credits for individual and aggregate courses.

Core papers will each receive 4 credits instead

Teachers’ workload has fluctuated and become unstable because of DU’s constant academic reforms. “Semester system (2010-11), FYUP for DU only (2013), which was later withdrawn (2014), followed by CBCS (2015). As a result of these repeated changes in UG course structure, Chakraborty said the workload of his teaching colleagues fluctuated and became unstable. The four-year undergraduate program (FYUP) was introduced in 2013 and dissolved in 2014. Choice-based credit systems are now the norm at DU.

Temporary staffing will increase as a result of the proposed restructuring, the teachers claim. The number of adhoc faculty at Delhi University rose from 10% in 2010-11 to 50% in 2020-21. Due to the constant academic restructuring, the administration of the university failed to fill substantive vacancies with permanent appointments of teachers,” said Chakraborty.

The annual exit policy will cause the teacher-student ratio to fluctuate, causing the workload to fluctuate. Chakraborty said only a handful of permanent teachers would remain, and most teaching positions would be filled by contract employees.

The COVID-19 pandemic has already disrupted students’ education, and this disruption will continue. “With the pandemic affecting their crucial years, the current Class 12 students had enough instability. According to Dev Habib, forcing them to take CUCET and FYUP would be unfair. Central Universities Common Entrance Test is known as CUCET. DU is included in CUCET’s proposal.